Thanks to everyone who took part in the Oswald Road PTA (FORS) Treasure Hunt and Five-a-side Football Funday on Sunday. It was a beautiful sunny day, with over forty families enjoying the treasure hunt. Lots of happy faces came back with completed sheets to claim their prize- and we promise we’ll make the Ozzy Owls easier to find next time!

Well done to the ten children’s teams and three parents’ teams that took part in the five-a-side football. Everyone played five matches against children of a similar age group, scoring points in a league system for a win, lose or draw. The overall winners and first holders of the Oswald Road Owl Cup were the Eggheads. Full results are listed below. Any footballers who didn’t collect their certificates on the day, the can be collected from the school office.

Massive thanks to all the PTA volunteers who helped plan and run the two events, particularly Simon and Andrew who refereed the football all afternoon!

Hope to see you all again next year! 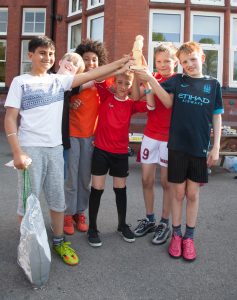 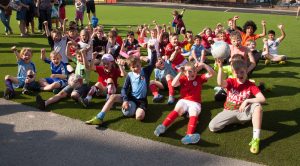 IMPORTANT NOTICE TO ALL PARENTS »